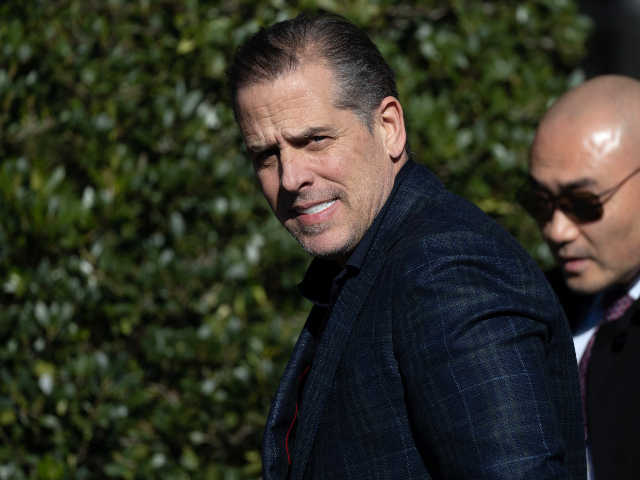 (RightIsRight.co) – President Joe Biden’s scandalous son Hunter Biden paid for repairs to the former’s Delaware home where a stash of classified US government documents has been found, leaked emails from the First Son’s lost laptop show.

About 20 classified documents from Joe Biden’s time as vice president (2009-2017) have been found stashed in his former Washington, DC office and his house in Wilmington, Delaware.

Emails from the so-called “laptop from hell,” Hunter Biden’s lost computer that contains shocking materials about the Bidens, show that in 2010 the future First Son paid for the house’s repairs, Breitbart News reported.

Hunter exchanged emails with Eric Schwerin, one of his business partners at their firm Rosemont Seneca, revealing he paid thousands of dollars in maintenance for Joe Biden’s home and even a $190 per month AT&T phone bill.

“FYI, there are a few outstanding bills that need to be paid and I am not sure which ones are a priority and which should get paid out of ‘my’ account and which should be put on hold or paid out of the ‘Wilmington Trust Social Security Check Account,” Schwerin told Hunter Biden in an email.

Besides footing bills for home maintenance and repairs, Hunter Biden also seems to have paid his father rent for the Wilmington house, according to a 2018 tax document dug by The New York Post.

“It’s not clear why the document shows Hunter listing both home ownership and rental payments,” the report pointed out.

President Joe Biden has admitted he kept classified government papers in the house’s garage with his Corvette after his second vice-presidential term ended in 2017.

The leaked materials showing that Hunter Biden paid housing costs to his father appear to correspond to a leaked text the future First Son sent to his daughter in 2019. The text indicates Joe Biden collected half of his son’s income.

“I hope you all can do what I did and pay for everything for this entire family for 30 years. It’s really hard. But don’t worry, unlike Pop [Joe], I won’t make you give me half your salary,” Hunter’s text reads.

Former Utah US attorney Brett Tolman commented that the payment mechanisms inside the Biden family “may reveal the core of an entrenched business enterprise.” That could expose legal prerequisites for racketeering charges.

The new chairman of the House Oversight Committee, Republican US Rep. James Comer, has started nine investigations into the Biden family business, with tax evasion, money laundering, and wire fraud among the suspected crimes.

These are separate from the tax and gun investigations into Hunter by Joe Biden’s Department of Justice.

Emails from the “Laptop from Hell” in 2010 show Hunter Biden paid for home repairs on President Joe Biden’s Delaware residence, where stashed classified documents were unearthed by the president’s attorneys on Wednesday. https://t.co/1Vp4b3qCrc